Aggregate is a term used for rock broken down into many smaller pieces. Sand and gravel are both aggregates found in the Bedford River Valley Park at Willington.

About 300,000 tonnes of sand and gravel per year were processed at Willington Quarry between 1983 and 2014, for use in concrete  production in Bedfordshire. The processing plant at the Grange Estate is no longer working (2015) but small quantities of aggregates are still to be extracted.

Did you know that an average new house requires 60 tonnes of aggregate?

Before the quarry, most of the land was farmed. The quarry area changed often, as land was dug and then restored according to detailed plans agreed in advance.

Areas of mineral reserve are still awaiting extraction and these will gradually be restored and become part of the River Valley Park over time. 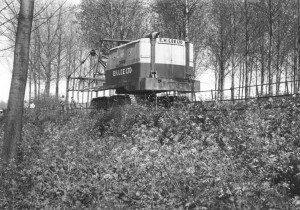