Newnham Priory – From Monks to Movies

Aspects of the past: A long-lost monastery lies beneath Aspects Leisure Park car park 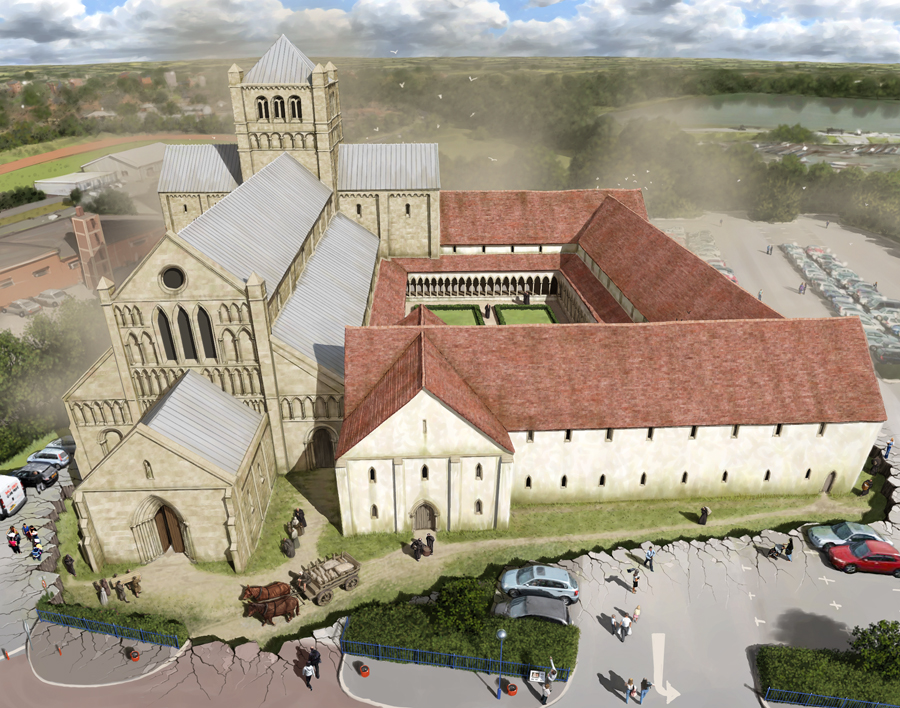 Newnham  Priory was built around St Paul’s Church where services and prayers were held (left). Monks lived, ate and slept in buildings around the open-air cloisters (to the right). They also had indoor communal toilets flushed by flowing water.

Some of the reasons people come to this place haven’t changed for nearly a thousand years. Today’s visitors enjoy food, company, dramatic stories, and state of the art visuals. They come to work or to relax.

Until five hundred years ago, Newnham Priory stood here, a house of monks and priests, studying and telling the dramas of the Bible, providing food and hospitality to visitors, and employment for locals on the Priory estates. The Priory’s stonework and windows used state of the art technology and artistic skill.

Simon de Beauchamp, Baron of Bedford, founded the Priory around 1165 AD, by handing over part of his estate to the secular canons of St Paul’s Church in the town centre.  In return he hoped to secure peace for his immortal soul, through the daily prayers for the founder that monks and visitors would say.

The canons who built Newnham Priory relocated here from the town centre St Paul’s Church following a legal scandal involving one their number, Philip de Broi, who had been accused of murder. This led to a conflict between Church and State courts which was part of the wider Church-State power struggle that saw Archbishop Thomas Becket murdered in Canterbury Cathedral in 1170 AD. In the process they became Augustinian canons. 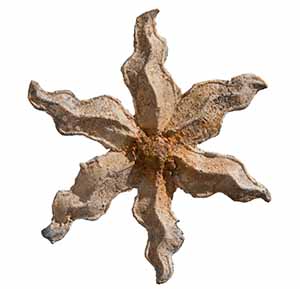 A gilded star which decorated one of the priory’s ceilings. Image courtesy of The Higgins Art Gallery and Museum, Bedford

Newnham’s Augustinian canons wore black habits, or robes. The Priory owned some land, and had the right to graze cattle on Bedford Castle lands, or fish in and travel by Castle waters. The Priory also had 14 churches in its care – including Willington and Goldington – and enjoyed the rights to their tithes (church taxes collected from these local communities – which could be paid in money, wool, milk, crops etc). 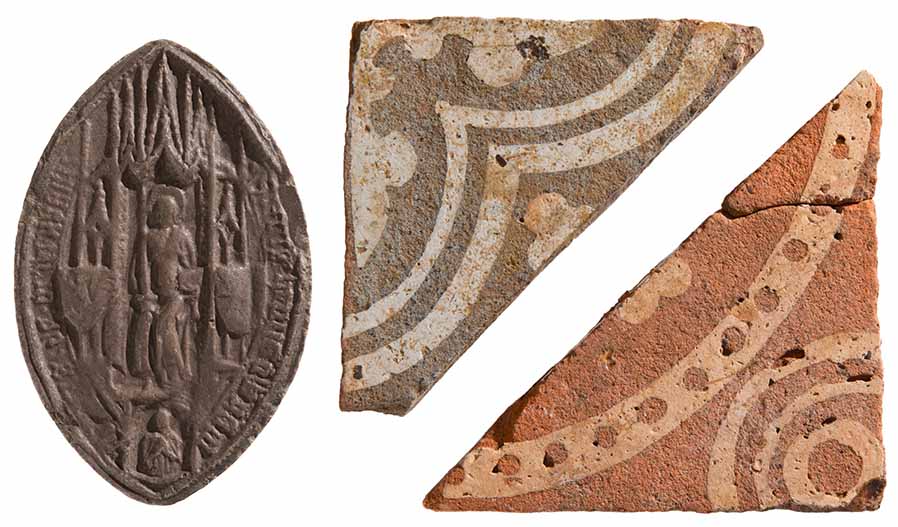 The remains of the living and sleeping quarters, studies, communal toilets and elegant cloisters of Newnham Priory church, also named St Paul’s, now lie under the Aspects Leisure Park car park. The cemetery lay to the north of the church, beneath the present fire station.

Courtyards, kitchens, a bakehouse, dovecot, brewery, blacksmith’s shop and other outbuildings occupied what is now the leisure park. 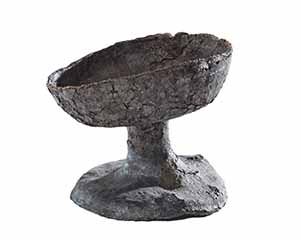 A lead chalice discovered in the grave of one of the canons. Images courtesy of The Higgins Art Gallery and Museum, Bedford

Listen to one of the archaeologists who excavated the priory’s buildings talk about what was found under the leisure park.

Farewell to All That

The Priory survived several Church ‘clean-up operations’ over 300 years, as wave after wave of genuine reformers and vested interests swooped in to root out corruption and lax-living. Newnham showed up well, even under Cardinal Wolsey’s hard gaze as he reformed church corruption during the early 1500s.

When Henry VIII declared himself Supreme Head of the Church of England in the 1530s, Newnham’s Prior signed an agreement to the King’s supremacy over the Church in 1535. Ultimately he couldn’t save the Priory and in 1540-41 it was handed over to the Crown, and the current Prior and a few canons were pensioned off.

Newnham Priory’s stone was re-used in the outhouses and garden walls of a Tudor mansion built on the same spot.

You can visit the site of Newnham Priory by going to Aspects Leisure Park. The car park is on the site of the priory and church. Service outbuildings, including a blacksmiths, stood where the leisure centre buildings are today. You can still see parts of the Tudor mansion garden wall in a hedge by the car park and part of the rebuilt priory precinct wall beside the entrance into the leisure park along Newnham Avenue.